ISO is the Way to Go!

ISO is the Way to Go!

Here is a quick way to tell a former film shooter from an only digital shooter. It doesn’t work all the time but it works much of the time and when it does work it opens a wonderful teachable moment. What is this identifier? It’s the ISO. Lots of former film shooters never change their ISO when they shoot digital and if they do they never go higher than what they were comfortable with in film.

This behavior falls under the old dog/new tricks rubric. It is perfectly understandable. In the good old film days a photographer could change the f-stop and the shutter speed to get the desired result. In order to change the ISO one had to change the roll of film. Film shooters either carried an extra camera body with a different ISO film or learned how to roll the film back into the camera and then reload it back to the correct spot. And we all knew never to use film with an ISO higher than 200. Anything higher was grainy and basically unusable. 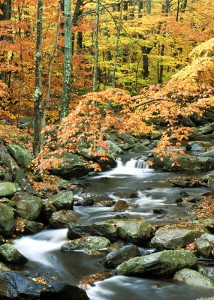 Then along comes digital photography and along with the ability to change the f-stop and aperture on every shot it was now possible to change the ISO as well. Shooting in low light and can’t get enough shutter speed to stop that animal or child you are photographing in the fading light? Just increase your ISO a few stops to 640 or 800 or 1250 and shoot away! Or are you shooting in nice light but want to use a longer shutter speed to slow down the water in the stream to blur it or you want to soften waves as they break against the shore? Just lower your ISO to 200 or 160 or 100 and shoot away.

Being possible and actually doing it are two different things. Many former film shooters still have in their celluloid brains the prohibition of shooting at ISOs higher than 200 no matter what the circumstances. I have learned through my workshops that when I suggest shooting at a higher ISO many digital shooters balk. Part of the problem is also that these shooters have heard that the highest quality ISO is the lowest ISO so they are reluctant to shoot any ISO that is much higher than 200. While this is true, it is also true that higher ISOs are plenty good enough. I shoot at 640 regularly and have no problem shooting at ISOs of 800, 1250 or 1600.All of these images are high quality, good enough to be published in calendars, books, magazines and to be used for prints and in my presentations.

Now you have to know how high you can go with your ISO before the image begins to break down. When I got my D300 I tested the quality of the images at various ISOs. I learned that up to ISO 1250 the images were fine, at ISO 1600 there was some noise (colored graininess) but not bad and easily cleaned up in the computer but at ISO 2000 the images broke down and they looked awful. 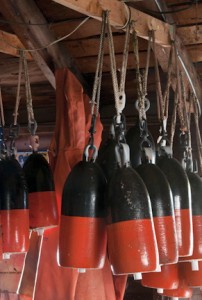 Every digital photographer should know where the ISO line in the sand is for his or her camera. Do a test and see at what ISO you get a little noise and at what ISO the noise is unacceptable. And then feel free to use any ISO below this threshold.

ISO is a new third tool in the basic digital photographer’s bag. Use it with f-stop and shutter speed and you will extend your photographic possibilities. And that is a good thing.