Here I am sitting on the Amtrak Empire train from Albany to Penn Station- on my way to the Big Apple- New York City! I have a couple of meetings to go to this afternoon and tomorrow morning so I will be wandering the streets and spending the night in the city all by myself! Pretty scary for a country bumpkin. But I come well foritfied- I am wearing my new big boy shoes, my rocket ship undies and I’ve got lots of Fig Newtons stuffed in my pockets. One should never go to the big city without rocket ship undies and pockets full of Fig Newtons.

But I have a looming problem ahead of me and I’m not sure what to do. The problem is that my meeting tomorrow is going to be a breakfast meeting- I will have to be eating breakfast, being an adult and talking- all at the same time! This creates all kinds of problems the biggest of which is, what do I order?

There are several foods that I can eliminate right away- anything runny, potentially dribbly or has the potential to squirt. This cuts out sausage, eggs over easy, anything with maple syrup and, god forbid,a  jelly donut. They might as well put a loaded gun on my table if they serve jelly donuts- I’m going to shoot someone and it’s going to be messy. Not my fault. If guns can have trigger locks, jelly donuts should have jelly locks or at least some sort of inhibitor. It can’t be that hard to figure out.

I think anything crumbly, hot or sticky is also out- a cinnamon roll would be a catastrophe. Not easy to talk when your mouth is full of a sticky bun. And anything that will leave a lingering stain is probably not a great idea. This eliminates wine, blueberries,  banana cream pie and hot chocolate piled high with whipped cream.It’s hard to be taken seriously with a blob of white goo on y0ur nose. 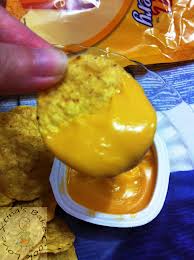 I think I should probably avoid all foods that require dexterity, a lobster (oh lord!) or cheesy nachos for instance. In fact, anything with cheese is probably out- melted cheese is an open invitation for me to create my beloved cheese-balloon animals, something that I have been told is not appropriate table behavior.  Anything that comes in a delicate cup or dish or that requires an unfamiliar utensil, like a fork, is out too. And no pizza. Just paint my face with tomato sauce and lather me in cheese.

Things that will stick to my teeth should probably be avoided as well, that’s never a good look, so 90’s, unless I can get a morsel to cover an entire front tooth and I can break into my famous pirate imitation. I hope they have red napkins! And please, please, please no three bean smoothies. I don’t even want to think about that!

So it looks like I’ll be eating…ah…well…er…hhhmmm…probably by myself in a distant corner. Maybe I’ll grab something before I get there and just chew on my wits during the meeting. That shouldn’t be too messy!

So I went, I dabbled, I sat, I clapped- sounds like a pretty typical part of my morning routine! Here is my brief report on my breakfast meeting:

The hotel where I was staying had nothing worth eating for breakfast so my plan of eating before I got to the official breakfast went kaput before I even got out the door. When I did arrive the first thing I saw was a big platter of sticky cinnamon  rolls- Oh Lord! I surveyed the eats I found that it was all finger food and most of it was either sugar coated,  cream-filled or smeared in cream cheese- in other words it was an arsenal of things that squirted, oozed or dribbled. I avoided it all. There were even little balls of butter in a big dish with a oversized knife- now that’s trouble with a capital T! And the silverware was mysteriously tucked into a big linen fold so all you could see were the handles! Now how is that helpful?

I did grab a crumbly croissant but when I bit into it I felt something furry. I don’t know much about French pastries but I’ve never heard of a fur-filled croissant. If you don’t believe me it is in the big potted plant behind the coffee table. Go see for yourself.

The presentation was good though and I got some good ideas to chew on- unfortunately, it was the only chewing I did. And the lesson I learned? If you are going to a breakfast meeting make sure you can wear bluejeans, the waitress’ name is Flo and the place mat doubles as the menu- pictures preferred!