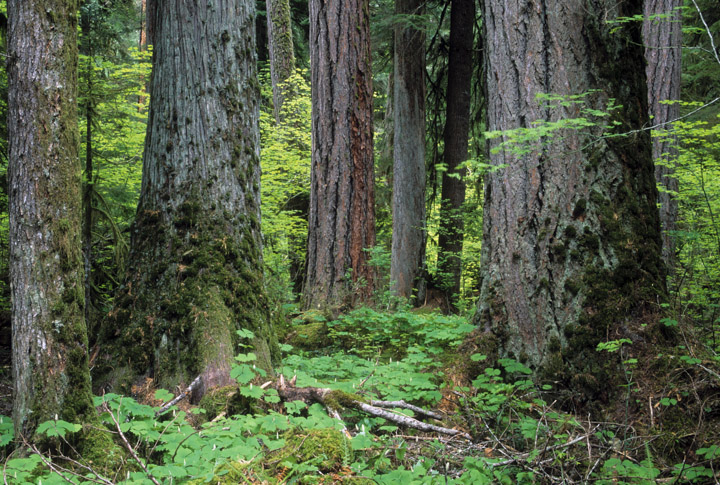 I was going through some more of my very early images and I noticed a few that particularly moved me. They were pictures I had taken in 1986 when I lived in Corvallis, Oregon and they were for the very first book that I did- Ancient Forests.

Looking at these pictures brought back some wonderful memories- driving all around Washington and Oregon hunting for the remaining patches of old-growth forests; even then there weren’t very many. Tromping through the  remote forests, just me and my black lab Emma and seeing no one else all day long. The magnificent forests, primeval, holy, cathedrals of awe and wonder. And trying to take photos that could somehow capture all the beauty and magic. 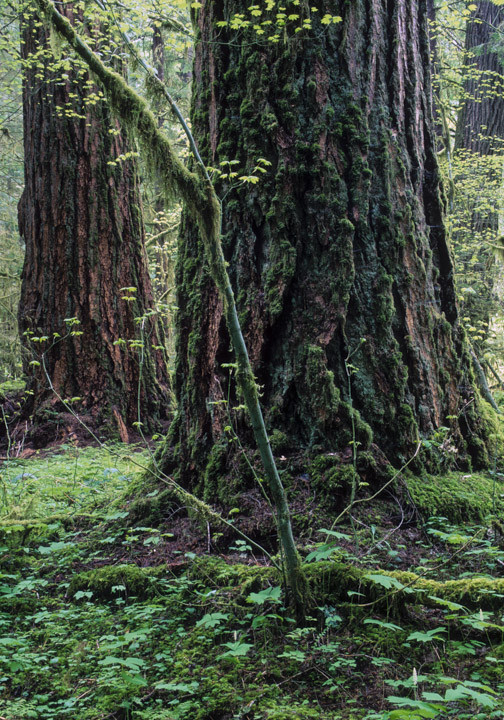 I found some spectacular places, jaw-droopingly spectacular, and I did my best to photograph them. The images filled my book and my heart and soul- those were happy days.

The two pictures included here were taken at what was called the Millennium Grove, millennium because many of the trees were over a thousand years old and the forest was several thousand years old. Ever stand in a BC (before Christ) forest? You should, it is an experience you will never forget.

And this is a good thing because my memories and these few images are the only thing left of the Millennium Grove- it was clear cut in the late 1990s. And there was no good reason to do so by the way- cutting it down made one mill a few thousand dollars and gave jobs to a  dozen loggers for a couple of weeks, jobs that could’ve been had elsewhere. It was greed and short-sightedness, in my opinion. And it was spectacularly ignorant.

Would’ve been nice if someone had asked us, huh?