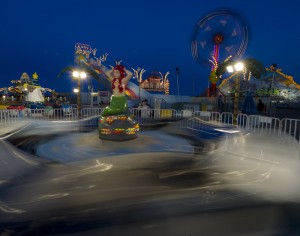 Have you ever been faced with the need to photograph something  that you have never, ever photographed before? (and get a good picture!) If you answered “no” then you need to get out of your comfortable little box and go explore with your camera something different and exotic. If you answered “yes” then you understand both the thrill and frustration of trying to shoot something different. For me, trying to photograph well something that I have never ever photographed before is a puzzle to solve and I love puzzles.

Part of the joy of working on any photography project is figuring out the photographic puzzles that present themselves through the course of the project.  Of course, I could choose to ignore these puzzles and try to photographed around them but then the project would be compromised and the book would not be as good as it could’ve been. Besides, what fun is that?

The process of solving these puzzles is much easier in the digital age because you can easily review your results as you take them and make the necessary changes to get a better shot. In fact, the fun and ease of trying something different these days makes it a no brainer not to try! There is no penalty. The only thing you will lose is time spent taking pictures and that doesn’t seem so bad. What you might gain is new insight on how to photograph something you otherwise never would have tried.

I was thinking about all this last weekend when I was up in Old Orchard Park on the coast of Maine trying to photograph the amusement park that the area is well known for. I might have decided not to include the amusement park in my book but that would’ve been a very obvious hole in the story I am telling, a hole I wasn’t willing to dig. So around I stumbled both mentally and physically, well out of my element both culturally and generationally, trying to get some book-worthy images. 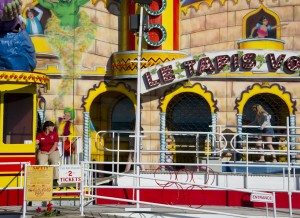 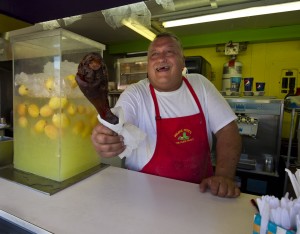 So how did I solve this puzzle? First,  I went when the place wasn’t packed so I had room to work and my view wasn’t always blocked by roving herds of idle teenagers. Second, I went in the late afternoon and then again at twilight when the lights and colors of the rides would be most dazzling but the details of the environment would still be visible. In the afternoon I shot handheld with my 28-300mm zoom trying to cut out the distracting background and at twilight I brought my tripod and used my 16-35mm zoom to capture as much light as I could. And third, I shoot a lot of images (close to 300), reviewed them on the spot and kept tweaking my technique to get some useable shots.

I know you are curious- I used aperture priority, matrix (evaluative) metering, a middle f-stop, and cranked up my ISO so that I could wander around without my tripod and shoot freely. I used my tripod in the low light because I wanted a very long shutter speed to capture the motion of the rides. For the swirling rides at twilight I used  my 16-35mm lens to get a wide view of the scene and shot at about 2 or 3 seconds. For the women at the yellow fun house I used a longer zoom to reach out cut out all the distracting background. for the fun guy with the turkey leg I used my 16-35, got as close as I could and fired a burst of images as he handed me my dinner. In all cases I asked the people in my pictures if they would mind being photographed and always got their permission before I started shooting.

Do I expect to look for other amusement parks and carnivals to photograph now? Nope. But I do know now that if I ever need to do this type of photography again I know what to do, what techniques work best and what I can expect to get. Puzzle solved. Next?