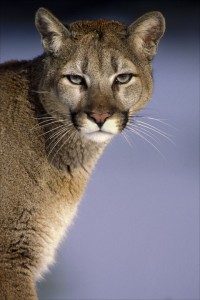 One of the hardest things to photograph well are dark subjects in very bright light. This is because in bright , strong light the camera’s meter is overwhelmed. It can’t handle the range from brightest to darkest tonalities so it bunches all the very dark tones and all the very bright tones together resulting in an image that appears even brighter and even darker. In other words, your camera, all cameras, makes a normally contrasty scene especially contrasty- the highlights blow out and the shadows block up- giving you a histogram that is jammed up on either side like water in a full tub.

For outdoor nature photographers this kind of thing happens on bright sunny days in the middle of the day- that which is sunlit is rendered really bright and that which is in shadows is rendered very dark. The result is a bad photo- really contrasty light results in really contrasty photos. Back in the day there was no technique that could deal with this consequence. If you took a photo in the middle of a bright sunny day you eventually learned (or it was pointed out to you during a workshop critique) that your photo was badly lacking even though the subject may have been spectacular. The converse of this situation is also true, by the way- really dull light results in really dull photos.  This is the long way of saying that no matter how magnificent your subject might be bad light equals bad photos.

When digital cameras came along the ability to moderate  how contrasty your photo was invented. This was done either in post processing in Photoshop (and now in Lightroom) or it was done through a special photographic technique called HDR for High Dynamic Range photography. HDR is just a fancy abbreviation for a way to capture detail in both the highlights and the shadows. The light was still contrasty but the camera now was able to handle it better by taking a series of images and then combining them for a single satisfactory image. 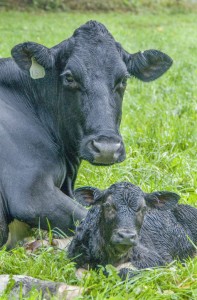 The problem I have always had with HDR photography is that you are out trying to get a beautiful shot when the light is dreadful. And this begs the question- Why are you out in dreadful light photographing? There are very few legitimate answers to this question by the way. With HDR it is possible to get a decent or even nice image but nearly impossible to get a beautiful image. Why? Because most of the time with HDR the light isn’t beautiful. The other problem with HDR is that as the shadows are lightened and the highlights are darkened the resulting image becomes increasingly unnatural, even artificial looking.   A scene with dark shadows and light highlights looks natural, a scene with light shadows and dark highlights doesn’t.

Like any processing technique, HDR works best when done with a very subtle hand. It is not a cure-all and it does not allow you to photograph no matter the quality of the light. A HDR shot in dreadful light becomes a dreadful HDR shot. A HDR shot in strong light can be pretty if the HDR processing is very subtle.  But remember, awful light will still result in a disappointing photo, HDR or not.

There are several solutions to deal with very contrasty situations that don’t involve HDR. The first thing you can do is change the light. You do this by waiting for a cloud to come by and take the shot when the contrast eases. You can also, if possible,  move your subject to a shady spot. If you are taking a macro shot you can use a diffuser (a cloud in a bag) to soften the contrast (more on this to come) or use a reflector to add light to the shadows. You can also use a fill-flash to add light to just the shadows. When you selectively lighten shadows or darken highlights you improve the light on your scene You can also just cast your own shadow on the scene (or the shadow of a jacket or friend or backpack). It will look comparatively dull in your viewfinder but the resulting image will look much better.

The second thing you can do is come back when the light is better. I know you invested a lot of your time in getting to that spot but it doesn’t matter as far as the quality of the photo goes. If the light is bad it doesn’t matter that you walked 3 miles to get where you are or got up at 5am. Despite your effort your photo is going to be bad because the light is bad. Having the sense to recognize bad light and not shooting is much harder than taking the shot and then trying to come up with a rationalization to why the shot is good.

When I’m out photographing and the light turns bad I just stop taking pictures and start looking for pictures to take at a later time. Sometimes it is 5 minutes later, sometimes it is 5 hours later but the wait is always worth it. Taking the time to wait for the best light is why I have never had the need to use HDR. Ever. I’m glad to wait and get the best shot possible.