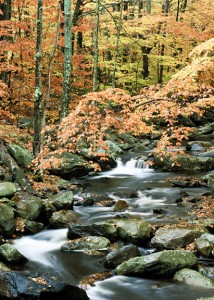 in rain with polarizer

I am not much of a filter guy- I rely on great subjects in great light. I really try not to create something that isn’t there by using filters, both in my camera and in my computer. It always looks contrived and certainly unnatural. For those of you who are convinced you can create a  photo using multiple filters so that the it looks natural and unmanipulated might I suggest you wait for the natural light and take an unfiltered shot? Silly for me to suggest such heresy, I know, but that is just who I am.

The one filter I do use regularly is my polarizing filter. For those of you who are unfamiliar with a polarizing filter let me describe it and how it is used. A polarizer is a two piece filter- one part screws into the lens like any filter and the other part, with the help of your hand, turns. When you mount the polarizer on your lens and then turn it as you look through it you should see the scene change. Depending on the lighting conditions that change can be profound or very, very subtle. 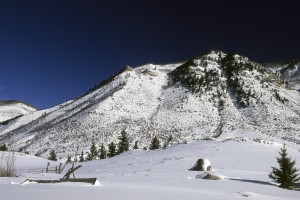 On a sunny day when the sun is ninety degrees from where you are pointing your camera the polarizer has the strongest effect making blue sky almost navy in color. While dramatic this effect is much too unnatural.

The traditional use of a polarizer is to darken blue skies and to remove glare from water. As with anything though you have to be careful. If you use a polarizer with a wide angle lens you are likely to get a blotch of navy sky 90 degrees to you and then much lighter blue sky to the side. This looks very odd. If you use it to remove glare from water you can actually, in some circumstances, visually remove the water. This is because, to our eyes, glare or sheen off water, in large part defines the presences of water. By mistake, I have over-polarized streams in a forest and made the water disappear completely. Not a good look.

So how do you know when to stop rotating the polarizer when you are looking through your camera? Turn the polarizer until you go “wow”, and the back off the effect just a tad. this will give you a nice natural looking image. If you don’t see any effect when you are turning the polarizer don’t use it. If it doesn’t help your image there is no point of having it on. Also, the polarizer will cut out one to two stops of light- shutter speed you will likely really want to have.

I don’t use polarizers on sunny days. I do use it on cloudy and rainy days all the time. When it is cloudy or rainy any flat surface will reflect the clouds above. When that surface is wet it will reflect even more. We call this reflection glare. Removing this glare (not possible in the computer, by the way) is what a polarizer does and in so doing the true rich colors of your subject come through. Think of glare as whitewash on a colorful mural. Remove that whitewash and the colors come through.

Here are some unusual examples of times where a polarizer can be really handy.

When photographing a tide pool, a polarizer will allow your camera to peer clearly down to the critters in the pool. You may have to move around the tide pool to find the best angle but it will be worth it. The cloud reflection (glare) ruins the photo. 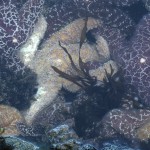 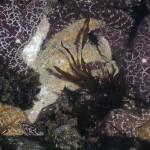 In a forest there are many plants with broad, flat leaves. Every one of these leaves, every one of these little flat surfaces captures glare. A polarizer removes that glare and lets the rich greens of the forest come through. You don’t normally think about using a polarizer in a forest on a cloudy day but it is really effective. 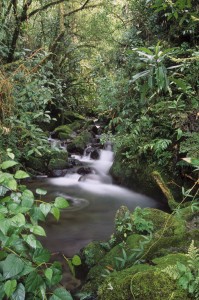 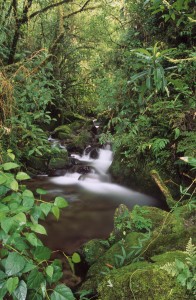 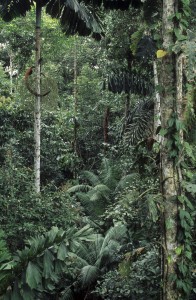 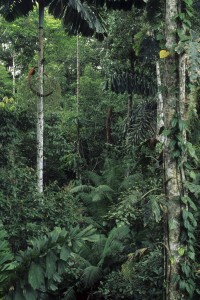 So go out and try your polarizer. Try it in all conditions and be aware of the changes you see as you spin it around. Then decide if you like what you see. If you say “wow” you can thank me later.