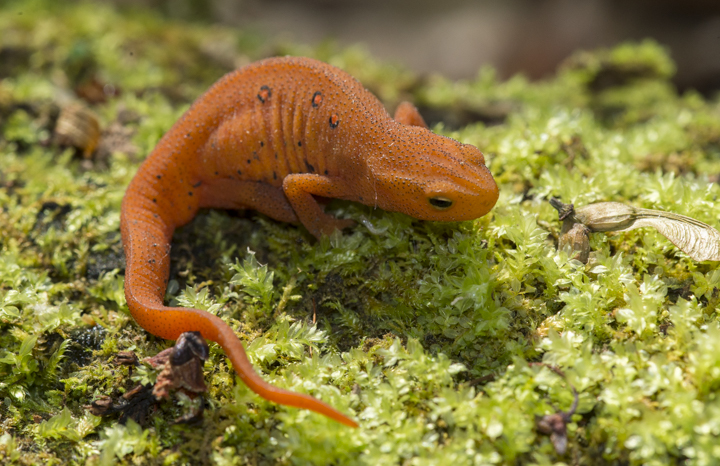 So I went back up into the woods and tried again to get some nice pics of salamanders and efts. It has been so dry that it has been very hard to find the little squirmy devils. Needing moist skin, amphibians will go underground when things are dry on the forest floor leaving prying photographers little to photograph. But efts are tough little scoundrels so there were a few around coming home from a late night out.

This time instead of relying on natural light I blasted the little rascals with flash. That’s right- I used flash and it worked! Even more importantly, it was easy. I dialed the auto compensation on the camera body down to -.7 (in other words I told the camera to underexpose the picture by ⅔ of a stop). When this is done the camera communicates with the flash and stops its output when the shadows are ⅔ of a stop less than the average exposure. This is called balanced fill flash. This is the default flash mode on most flashes so it is really just plug and play. 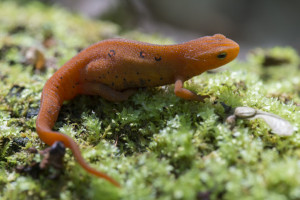 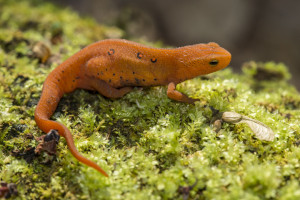 The first picture is the best I could do with natural light. The second is with balanced fill flash. Which one to you prefer? I think the photo with the flash is the best. Hand held, flashed, aperture priority, manual flash, biff, boom, bah!