So I was Thinking...

So I was Thinking… 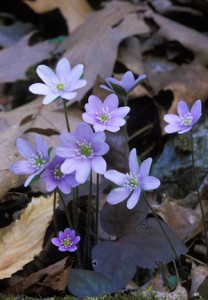 I was prowling around some old teaching handouts of mine preparing for my upcoming workshops and found this excerpt from an article I wrote 20 years ago entitled “On Becoming a Pro.”  the message is as relavent now as is was then.  The premise of the article was a series of questions an amateur photographer might ask some old, crusty pros. Just for the record, I wasn’t crusty, then. I did updated some of the quotes of my friends John Shaw and Wayne Lynch.

“How would you define an accomplished photographer?”

John Shaw is the first to respond:  “Learning when not to photograph is just as important as learning when to shoot.  This process involves learning to see your subject as your camera will see it.  The human eye can accommodate roughly 10 to 12 stops of contrast; that is, we can look at a very contrasty scene and see detail in both the shadow and highlight area.  Not so with film or digital.   An accomplished photographer has to learn how to apply this limited vision when determining exposures even if when doing HDR.

And, by the way,  what is the quality of the light when you are thinking of shooting a HDR shot ? Awful- wait for better light and you’ll get a better shot.  a photographer has to be able to analyze a scene and determine if indeed it is possible to record his vision.  He must know what the results will look like, even before the shutter is tripped.  This knowledge lets the pro decide where to place tonal values and what details to sacrifice if necessary.”

David Middleton pipes up next:  “ I would answer by saying a pro is one who spends more time looking for something to photograph then actually photographing it.  I am always amazed when I am out in the field and see a group of photographers pull up, jump out of their cars, walk to the nearest whatever and begin photographing!  Now, how do they know that there isn’t something better to shoot just over there or around the corner?  And what are the chances that they happened to park next to the best thing there is to photograph?  The answer is: nil.  An accomplished photographer gets out of his vehicle and wanders first, looking over the entire area.  In any one spot there are only a few things best to photograph.  Better to spend the time looking for those shots then waste it photographing something that could be better.”

Practically bursting, Wayne Lynch, who has spent a lifetime studying and photographing animal behavior, knows that photographing any wild creature begins long before he steps into the field. ” I think every nature photographer should also strive to be a good naturalist.  Too often I have met wildlife photographers who didn’t know the difference between a northern moose and a chocolate mousse.  The more you know about an animal the less likely you are to endanger it or compromise its survival. Understanding the biology of your subject will also alert you to subtle aspects of its behavior that you may otherwise overlook and you’ll be able to anticipate behavior and capture it rather than be surprised by it  and miss it. Finally, knowledge of an animal is also the best insurance against injury. Many wild animals are unforgiving and will reprimand your clumsy ignorance with a bruising, or worse.

This applies to anything you happen to be photographing- the more you know about your subject the better your images will be. You’ll be able to find them when you want to, you’ll be able to recognize exceptional individuals (the ones to photograph!), you’ll understand what is significant about subject and be sure to include it in your composition and you’ll be able to talk about them knowledgeably when an admirer asks you about your picture. If you don’t know what you are photographing and you don’t figure it out afterward you are more of a snap shooter than a true photographer.” 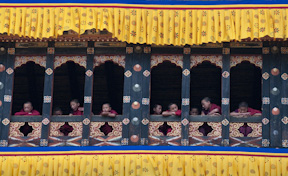