Its been a funny year for fall color here in New England. We had unusually early red color in mid to late September that all fell to the ground the first few days of October with torrential rains. Then after lots of muddy yellows during the traditional peak (10/10-14) the color blossomed again in mid-October and stayed strong until the end of the third week. From talking to other photographers the same bi-modal pattern seems to have occurred in New Hampshire as well. In Acadia National Park the color was very good and on time this year. The reason for the drastically different color seasons seems to be the prolonged drought northern New England had in August and September that seems to have stressed the trees- the early color- and allowed fungus and other color diminishing pathogens to flourish. Southern New England got a couple of coastal late summer storms that eased the drought and prevented trees from being stressed. Understand I have nothing but observational evidence for this but it makes sense to me so I am sticking with this story!

So yesterday, October 21, I went for a walk with the dogs up in the woods and found lots of color still lingering. The trees are now mostly yellow but the color remains strong making for very pretty late October walks. 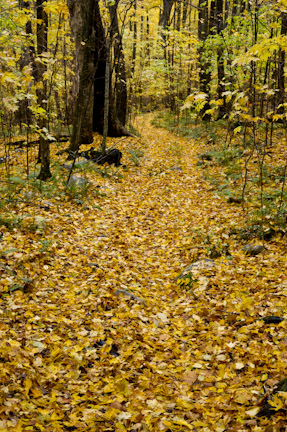 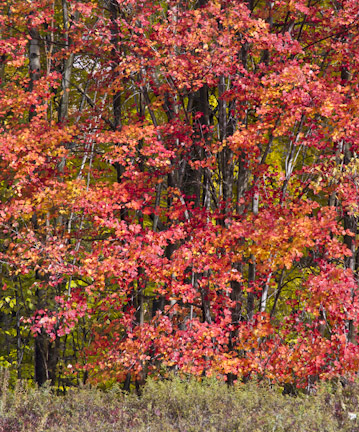 Surprisingly, there is a late burst of red in the woods as well from very late turning red maples. Red maples are usually the first tree to turn color in the fall but this year, perhaps due to our very warm September and October, many red maples turned color at the end of the season. 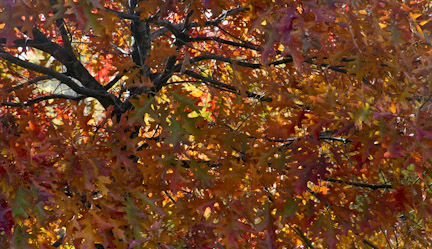 Now the oaks and beeches are starting to turn color as well. I expect there to be good, photographable color in the valleys of Vermont and low in the forests until November 1. A very bizarre year but one we can expect as the seasonality of the seasons continues to be scrambled by the warming temperatures.