Since I seem to be promoting other photographers I thought that perhaps you would allow me to promote myself. Well, not myself really, I am actually promoting one of my all-time favorite workshops- Pacific Rim National Park/ Tofino, Vancouver Island, British Columbia.

This is the fifth or sixth year I have done this workshop and it keeps on getting better and better. It is one of the few workshops where the photography is so good that it becomes tolerable to be around me! You won’t even notice me and you certainly won’t hear anything I am saying when there are bears and bald eagles, huge anemones, giant trees and beaches that go on for miles and miles.

This workshop came about after I had done the Olympic National Park workshop for more than 20 years. After all those years the locations became worn out and over run and I could no longer promise the kind of experience I need for a workshop. The Pacific Rim National Park is the Olympic workshop 50 years ago!

This is not just marketing hype. The trees are bigger, the forests wilder. The tide pools are easier to get to, far richer in species and much much more colorful. The beaches are longer, wider, wilder and almost devoid of people. The towns are more authentic, smaller, the harbors better, the restaurants much better and the people much friendlier. And the wildlife, oh my God, the wildlife!, is soooo much better- black bears just feet away, bald eagles like crows and the chance of seeing orcas and great whales!

Last year we started doing two bear boat trips and we were richly rewarded. On one of the trips we had three mother bears with multiple cubs. One of the bear families even walked along the shore edge, three cubs in tow, all four beautifully reflected in the water. Wow! One of these days I am going to break my rule and take a few pictures for myself! (but not soon!!!).

Now here is the important part of all this- I don’t think we will be running this workshop in this fashion next year. We have an exciting new workshop idea that I am going to institute next year and Tofino and the Pacific Rim National Park is going to be the first workshop that we are going to morph into the new format. This doesn’t mean we won’t be photographing next year but it does mean that we won’t be photographing as much or for as long as we will this year. So fair warning- get Tofino and the wild west rim of British Columbia while you can.

If you are interested please contact my co-leader, Brenda Berry – brenda@bberryphotography.com. She will give all the details you will need. Because this workshop is a long ways away we have added an extra day on to the trip so it is now a Tuesday-Sunday workshop, May 27 – June 1. Plus Vancouver Island is a magnificent place to photograph so spending a few extra days exploring would be a great idea.

And remember, it is so wonderful that you won’t even know I’m around. Doesn’t get any better than that, Huh? 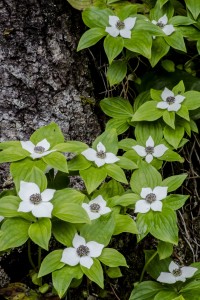