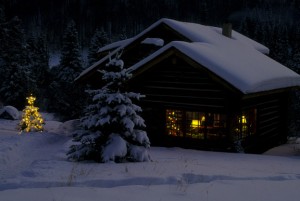 Tis the season when our thoughts turn indoors and sugar plum fairies dance merrily on our photoshop keyboards. We really can’t be blamed. It’s cold outside! For the northern half of the country going outside during the pretty light of dawn and dusk means braving finger-freezing temperatures and turning our toasty tootsies to ice. For the southern half of our country who only thinks it is cold outside the end result is the same- hot chocolate, anyone?

So here are two strategies to be productive when it is cold outside. First stay inside and go through all the images you took this last year and toss out half of them. Then do it again and toss out half again. Then select all your favorites and toss out everything that is left (or right) of those. You haven’t shown anyone those lesser images have you? Of course not, you only show people your best ones. So why are you keeping all the others? Ballast? Your computer doesn’t need ballast, like a teenage girl it needs space. You’ll feel better afterward, I promise and your computer may even talk to you at dinner! 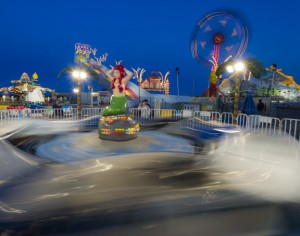 Twilight is the time when it’s not quite day and it’s not quite night. I define it as 30-40 minutes before sunrise and 30-40 minutes after sunset. The reason twilight is such a specific time is because a very specific thing happens at twilight that doesn’t happen any other time of the day- the sky turns a beautiful deep cobalt blue. The blue is actually the shadow of the earth projected on the sky opposite the rising or setting sun (to the west before sunrise and to the east after sunset). Much later that 30-40 minutes the earth’s shadow is absorbed by night and the cobalt blue disappears. Also, during twilight there is just enough light for the outlines of buildings and boats and trees, etc to separate giving definition to your photograph. 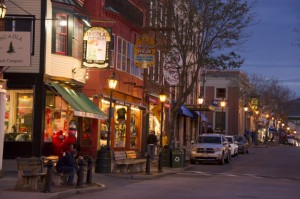 This is how you do it. Find a location with some lights on- harbors are great, skylines, village greens, snowy cabin, monuments, city parks. Find your composition with your back to the sun in other words, with your back to where the sun is about to be (sunrise) or just was (sunset). You’ll probably need a tripod or some kind of support because the shutter speeds are to long to hand hold. Set your camera to matrix or evaluative metering (reading the entire scene) and set your autocompensation (that little +/- button) to minus 2 or even minus 3. This is important. If you don’t do this you will not see the deep cobalt skies and you’ll write me a nasty note telling me what a numskull I am and then I will respond reminding you to do this in a less than charitable tone and then you’ll feel like an idiot and I will feel like a shmuck and you’ll give up photography and I will take being nice lessons which won’t stick and I’ll start drinking and growing chest hair and join a traveling heavy metal band as a roadie eventually ending up on your doorstep with my ten best mates and you’ll have to be nice to us because you are feeling so guilty for not following my directions fully. 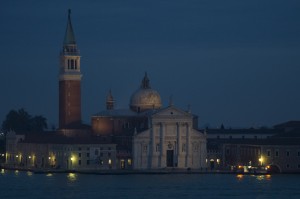 Where was I? Shooting at minus 2 or 3 autocompensation means you are underexposing the scene. In so doing you are actually forcing your camera to render the scene as it actually is and not lightened it up as your camera wants to make it. Underexposing brings out the deep cobalt sky. If you don’t underexpose the shot the sky will be a bland, blah gray.

Professional travel photographers use this strategy all the time to get great shots. The secret is that it works, the cobalt appears, no matter the weather. It could be raining, cloudy, it doesn’t matter- put your back to the sun, shoot at the right time, underexpose and viola, magnificent photo!