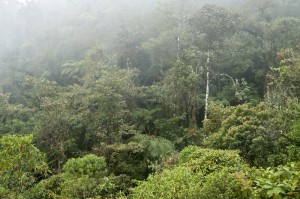 I just got back from a short 10 day trip to Ecuador. No, it wasn’t a photography trip, it was a bird watching trip with my brother. Ecuador is part of what is known biologically as the Arc of Hyperdiversity- Columbia, Ecuador, Peru and Bolivia. There are more kinds of life crammed into this area than in any other area in the world. As an example, there are more species of trees in a typical 5 acres of the Ecuadorian Amazon than there are in all of the United States. On a personal level, there 1600 species of birds found in Ecuador, including 132 species of hummingbirds. I have now seen about half of them, an indication of how many hours since 1992 I have devoted to the folly of birding. Ah, but what a folly!

Although I did take a few pictures, I didn’t get anything very worthwhile. Why is that, you ask? Well, it is not because there was a lack of 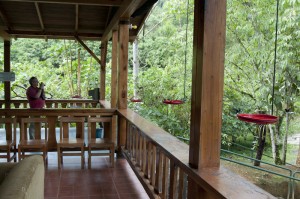 opportunity. Almost all of the Ecuadorian lodges for birdwatchers (there are many) have feeders around that attract all kinds of birds and attract them at very close  range. My problem was that I didn’t bring an appropriate lens. I brought my trusty 24-120mm lens because I thought I would wandering the streets of quaint rural highland towns in between birding times. Wrong! I wandered not a street so I was left trying to take wildlife shots with a portrait lens. Why didn’t I bring my 28-300 or even my 70-300? Simple, I’m an idiot. 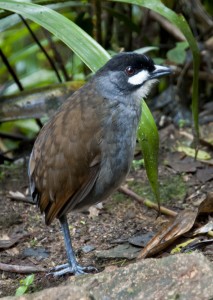 The other picture I am including here is of a bird that was not known until it was discovered in 1997. The Jocotoco Antpitta stands about 10 inches tall and lives in the dense cloud forests of southern Ecuador. There are 15 known pairs in this reserve. It walks around the forest floor picking up invertebrates and being generally a real pain in the neck to see. It is almost impossible to see well. That is except if you go to a certain spot in the cloud forest where at 8 every morning a person from the nearby lodge brings up some cut up worms, dumps them on the ground and starts loudly calling into the forest “Panchita! Panchita!” After a minute or so, out comes Panchita the Antpitta to stand there for all to see and casually eat the worms. This is either amazing or bizarre, or perhaps both. Either way, I got down on the ground, leaned in to about 3 feet away and fired off some pictures. OK, it was bizarre, but it was a pleasure to see the extremely secretive Antpitta (of which there are 20 or so other species in Ecuador) so closely.

So there you have it- a video of hummingbirds and a picture of a very rare, recently found bird of the cloud forest. I’ll be back in Vermont this weekend, finally, and back on the farm soon after. I miss the cows! See you then.