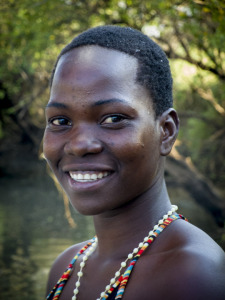 This is Feebe.  She is 17 and she lives outside of Gulu in northern Uganda. I met Feebe when I found her waist deep in a muddy backwater trying to catch fish with a woven wooden basket. Working along the steep banks and under the overhanging vegetation Feebe waded barefoot through the brown water sluicing the still river for fish that weren’t there.

Feebe knew there was no opportunity for her in Gulu. At 17 she knew that her horizons stretched far beyond Gulu. “There is nothing here for me,” she told me, “I am the best student in school but it’s not enough, I need to leave.” She knew that she had as much a chance of finding a future in Gulu as she did of finding a meal in that dirty water.

I could tell she was right. Feebe had that special something, an inner light that was luminous even when she was wet and muddy and tired from working the waters. “Please take me away from here,” she pleaded to me. “Please!” 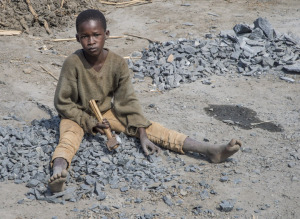 This is Daniel. He is 10 and he also lives outside of Gulu. He should be in school but instead he is pounding rocks; all day, hammer to stone, pounding rocks, making gravel. I met Daniel at a quarry organized as a woman’s cooperative where his mother also worked. She carried blocks of rock, two at a time; maybe 30lbs total, on her head up the dirt quarry wall to a pile next to her son. On a good week, they might make a profit of $5, together, working six 10-hour days. Daniel had about as much chance of getting out of that quarry and going to school as he did in buying a jackhammer.

Daniel didn’t know another life, he didn’t know what a classroom was like, what recess meant, why you would raise your hand when a question was asked. He knew this quarry and he knew he was earning money to feed his family. He knew work, he knew rock, he knew all-day.

Daniel knew nothing of opportunity, nothing of distant horizons. He saw no wheelbarrows, no tractors, no trucks, no motors, no machines to ease his labor. In the quarry he was a cog, just a little boy cog, a piece of a gravel-making machine, a machine powered by biceps, back and grit. For Daniel there was just a hammer and a pile of rocks. For Daniel is was always hammer to rock, breaking large to small, small to smaller.

Daniel was one of many boys and girls in that quarry, caught at 10, or 12, or 9 with hammer in hand, sitting on a pile of broken rocks and ragged days. From where I sat Daniel was blank, expressionless, going through the motions of life as labor. To me, he seemed as lifeless inside as he was dusty and torn out. 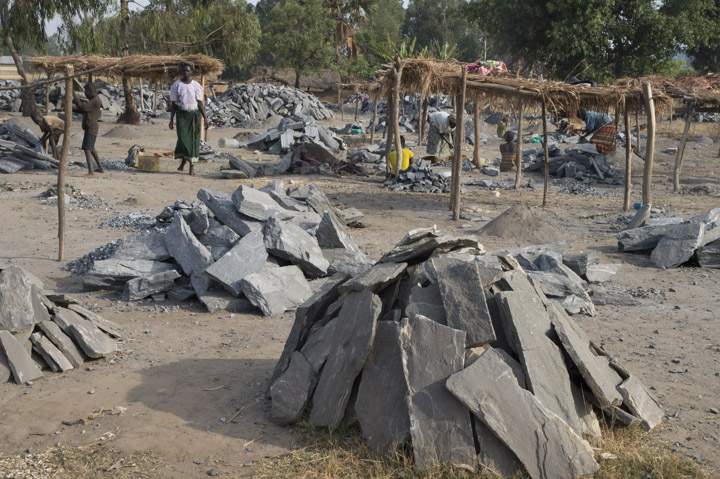 I was the person that could’ve taken Feebe to her far horizons. I had the means, I had the brains to make it happen but I didn’t have the time. My schedule was more important to me than her dreams. Too busy, too self-important, too wrapped up in my big world to help her out of her little world. It took me 40 hours to fly home to my side of the planet, my affluent world, and a world she will never know. In 40 hours she was back in the muddy river, straining the brown water for morsels to eat, finding only disappointment. 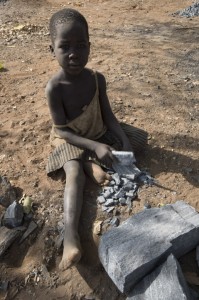 And I was the person who could’ve put Daniel in school. For $150 I could’ve paid for a year of school and perhaps a new path out of the quarry. I had three 50’s in my wallet, three 50’s that I could replace at the next ATM but they stayed in my wallet and I took my pictures and I drove away. I spent the next week sitting in the back of a Land Cruiser, sitting in chairs at restaurants, sitting in an airplane on a flight to another world. Daniel spent that week sitting in rubble; hammer in hand, hitting rocks, shattering his dreams.

When will Daniel move on to other hard labor, sold for his taught muscle and soft demeanor to bring food to another’s table? A desperate mother, an absent father, a life of despair cashed in for a bag of beans and a side of goat.

This is human trafficking. These are the children of human trafficking. Not imagined, not abstracted, not obscure but real people, real children. Look at their faces, do it. Peer into their eyes. In one there is hope, in the other resignation. It doesn’t matter. They are the fodder of prostitution, forced marriage, domestic slavery and forced labor. Look again deeply at their faces, do you see a soul? 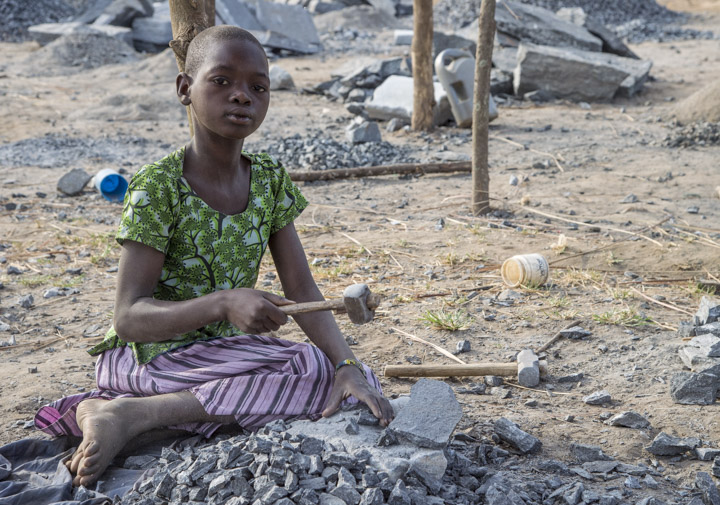