The environment, poverty and human trafficking.

The environment, poverty and human trafficking. 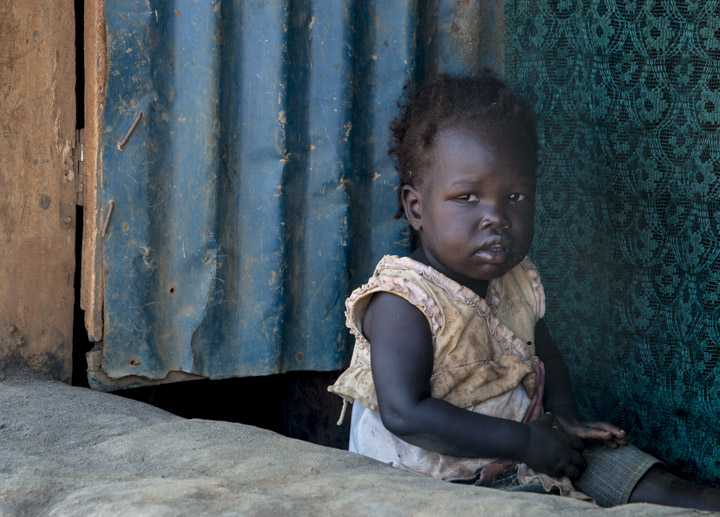 For the past 25 years northern Uganda has been under siege- not from invading armies as might be expected but from within fueled by a ruinous cycle of environmental degradation and crushing poverty. Stemming from the economic and cultural disparities between the prosperous and economically diverse south and the struggling and economically poor north, Uganda’s short 50-year history of independence is more internal turmoil and deprivation than it is cooperation and prosperity.

The cultural chasm started when European powers drew lines on the map of East Africa without consideration of tribal boundaries and carved out a country, Uganda, vastly different north to south. The north was an ever flat, dry scrubland with no mineral resources, no large forests, mostly seasonal rivers and limited sources of safe drinking water. There were no natural attractions, no large cities, and no reason to go there other than to pass through on the way to or from North Africa. 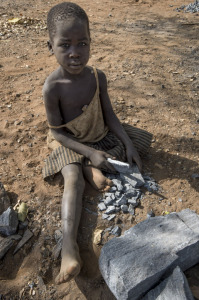 What northern Uganda didn’t have southern Uganda had in spades. There were extensive tropical forests with all their diverse riches, numerous rivers and lakes, the source of the Nile River, great Lake Victoria with all of its fish and fresh water, the capital city, Kampala, and a sophisticated system of roads and routes to facilitate trade both within and beyond the region

The result today is a culturally and geographically have and have-not country. North of the east-west running Nile the land is ragged, torn, burned and beaten and the expanding population struggles to find enough of anything to sustain itself. South of the Nile the land is soft, green, fertile and forgiving and the people have opportunities and big dreams. Dreams are hard to come by north of the Nile, replaced over the past 25 years by living nightmares and a sense of resignation so deep it hits bedrock and stays there.

In the mid 1990s a maniacal former army officer, turned mystic, turned crazed religious despot decided he could change the north-south balance. He started the Lord’s Resistance Army (LRA) in northern Uganda to seek retribution for past sins and to establish a more religious state. Seeking the help and support of the northern Ugandan people he built his rebel army from willing local volunteers until he started to take more than he was given. When local resistance to the LRA increased he killed those that didn’t cooperate and turned his insanity on his own people. Thus began the murderous and Hitleresque campaign of Joseph Kony- easily the most evil and reviled person in the world over the last 20 years.

Kony invaded and controlled northern Uganda using a combination of sickening and unspeakable horrors against anyone for any reason and purposeful environmental destruction. Kony destroyed productive farm fields, burned forests, burned homes, stole livestock, stole tools and equipment and made it nearly impossible for anyone to grow food. Without the freedom to move around, to go to work or even be outside, the rural economy, the rural environment and the rural life of northern Uganda collapsed. 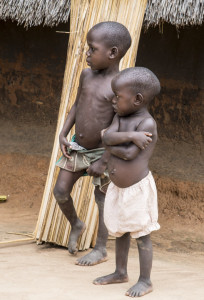 In response the Ugandan government collected the rural populace into 157 protected camps outside large towns. While an important security measure the densely populated camps amplified environmental degradation outside the camps and increased the stress of poverty inside the camps. Six years ago these displaced people started to migrate home as the threat of the LRA diminished. While this was an important milestone, because the returnees walked away with nothing and arrived with less it spread the pernicious cycle of environmental destruction and crushing poverty to the rest of northern Uganda.

The connection between poverty and the environment is not obvious to many people in the affluent west. For the rural poor, the environment is not so much the place they live as it is the place that sustains them. The surrounding forests and rivers are the natural resources that provide food, shelter, water and fuel to many poor people of the world. In the First World the poor can be disconnected to the environment because of the affluence of the country. The rural poor migrate to cities and become the urban poor and are minimally supported by government programs and local non-profits. But this isn’t possible in the Third World. There are few support programs. Governments are often corrupt and non-profits are not sustaining. The rural poor in the Third World have no place to go, they have no options.

We in the First World jump in a car or cab or bus and go to the grocery store or pharmacy or call the fuel company to keep us cool or warm or in the glow of electric lights. The rural poor go to the forest for food and fuel and shelter and go to the river or lake for water and food. Do this for generations with ever increasing populations and the forests become smaller and ever more ravaged and the streams and rivers become befouled, muddied, the water unsafe. Most of the rural people we talked to in Uganda have to walk more than 20 minutes one way to get water and more than 30 to get wood. And remember, they have to carry it back. You care to do that everyday before you make a meal? 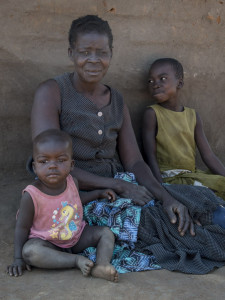 Time for role play: you live with your extended family and your 8 children, your spouse is gone and you have no paying job. You are desperate, frightfully desperate. You earn some money selling a few vegetables in a roadside stand but you can only afford to send two of your children to school. A man comes by and tells you that a good friend of his is looking for some help at a factory in a city and that it pays pretty well. The man says he will pay you for two of your girls. If you accept his offer you know you will be able to feed your other 6 children for the next 3 months and with the money made by your two girls you might be able to send another off to school. If you don’t you will have to once again walk the road and beg for food. What do you do? No, really, what would you do? Your choice is starvation or selling a child. You pick.

This is not an exceptional situation. Selling a child or even sending a child off to then be sold is indicative of how desperate some lives are in northern Uganda. Could you sell or send off your 7, 10 or 12 year old child in order to save your other children? How desperate would you have to be? How close to starvation would your family have to be? These questions are hypothetical to us but very real to many Ugandans in severe poverty. You want to stop this from happening? So do they. 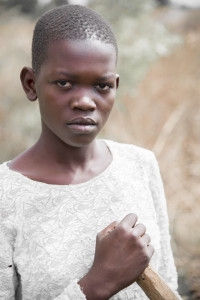 Selling a child as a second or third wife, or as a domestic servant, or as a forced laborer, or into a brothel is how forced marriages, domestic slavery and sexual slavery become established. This is human trafficking. Often times the parent, paid or not, doesn’t know what ultimately happens to the child- the child goes off and is passed from one adult to another. The child has no choice, no options and receives no money. She is being trafficked; beaten daily, regularly raped, deprived of all comfort and she isn’t even a teenager yet. She did nothing wrong. She is lost and will likely never see home or family again. It is unlikely she will live past 30.

The environment degraded causes increasing poverty that puts more pressure on the environment that then intensifies the poverty. The insidious cycle churns on crushing hopes, crushing lives. Desperation ensues, resignation deepens as choices dwindle and hunger claws. A hard decision is made but it is for the best. Money may or may not be exchanged but money may be sent home. There are no other choices. This is the only chance.

This is northern Uganda- the past, the present and future? For me, northern Uganda is a ragged quilt of hopelessness stitched to hopefulness. And it was heart-breaking every damn day.